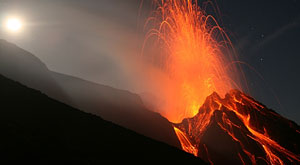 But now planes have returned to our skies – ironically one of the first flights was to Reykjavik – where are the best places for lava lovers to see volcanoes up close?

Skyscanner brings you the top ten destinations for volcano voyeurs.

Stromboli, Italy
Known as the 'Lighthouse of the Mediterranean' due to its spectacular night time explosions, this Aeolian Island has been attracting global lava lovers for years. Stromboli is almost unique in that it has been active since records began. The eruptions are so regular that the word Stromboli is now used to mean 'small explosion' and its shape means you can get remarkably close to the action –just 200m above the active crater!

Kilauea, Hawaii
Kilauea on the Hawaii's Big Island claims the title of the world's most active volcano – so a visit here is likely not to disappoint. You'll need to take a boat ride to see one of its most spectacular sights – red hot lava oozing into the ocean which causes the sea to boil and vaporise into white plumes of steam.

Etna, Sicily, Italy
This fiery Italian mountain boasts the title of being Europe's most active volcano. In a state of almost constant activity, it last erupted as recently as this month (April 2010!). Take a 4-wheel drive excursion to explore Etna's lava fields, volcanic caves and tunnels, and eruptive fissures, but don't get too close!

Teide, Tenerife, Spain
If you prefer your volcanoes a little less active, a visit to Mount Teide is a safer option. Part of the Teide National Park, it hasn't erupted since 1909. At 3718m tall, it's the highest peak in Spain and easily visible from flights to Tenerife. Take the Mount Teide cable car to the summit to enjoy the view, but don't forget to apply for a permit first.

Mt Ruapehu, New Zealand
Part of the 'Pacific Ring of Fire' it's no wonder that New Zealand is home to many active volcanoes. Mount Ruapehu is the country's highest and one of the world's most active having last blown its top in 1996. In winter its slopes become the North Island's largest ski areas offering snow sports at Turoa and the interestingly named Whakapapa resorts.

Mount Fuji, Japan
The almost perfectly symmetrical volcanic cone of Mount Fuji is a potent symbol of Japan. Climbing all 3776m of it is popular during the summer months, when hikers take to the trails of volcanic cinder to enjoy an almost lunar landscape and spectacular views from the peak. Though still classed as active, Fuji hasn't erupted since 1708, so the threat of being consumed by hot magma is thankfully fairly low.

Cotopaxi, Ecuador
The 'Avenue of the Volcanoes' in the Andes Mountains includes Cotopaxi volcano which, at almost 6000 metres, is the world's highest active volcano. Even if Cotopaxi doesn't blow during your visit, her picture perfect cone surrounded by pristine forests, lakes and wild horses should offer ample compensation.

Sierra Negra, Galapagos
One of the largest volcanoes in the Galapagos Archipelago, Sierra Negra last went off in 2005. As one of the most active volcanic areas in the world, the Galapagos Islands are considered perfect for volcano watching – so far there have been more than 50 eruptions in the last 200 years.

Yellowstone Supervolcano, Wyoming, USA
Although Yellowstone's last eruption happened nearly 640,000 years ago, the area is a hydrothermal hotspot; visitors flock to see the Geysers spurting hot water and the many mud pots and hot pools. If Yellowstone's super volcano did erupt again, volcanologists say it would have devastating consequences for much of the US and Canada. Experts predict that this won't happen for another 90,000 years; let's hope they're right.

Montserrat, West Indies
In 1995 the Soufrière Hills volcano erupted, burying and burning the former capital of Plymouth to such an extent that they had to relocate the government permanently. Ash continues to fall to this day making much of the area off limits, but some parts of the exclusion zone are now open for guided tours allowing visitors to see the half-buried houses. The volcano itself is best viewed from Jack Boy Hill from where you can watch its angry red glow after dark. 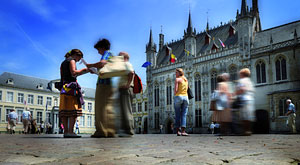 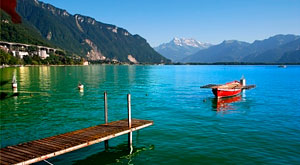 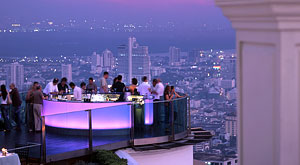